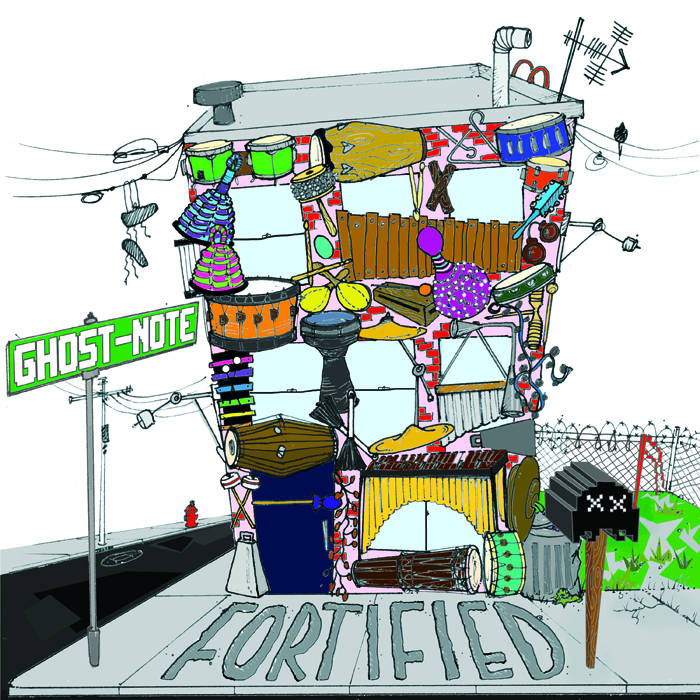 Kit Wilmans Fegradoe Full production and impeccable playing makes this album smile throughout. So much fun.

k amazing job on this project!

What started out as a concept record quickly blossomed into a new chapter for Robert “Sput” Searight and Nate Werth, with the addition of a live band. Members include Nick Werth on the Xylosynth, an instrument that combines the technologies of MPC’s, samplers, and synthesizers, Sylvester Onyejiaka on the flute, tenor, and baritone sax, and A.J. Brown on bass. Together, these musicians fuse worlds of percussion with neck breaking and booty shaking rhythms, creating an explosive pulse and a night of energetic, unforgettable musical madness.

Grammy Award winning artists Robert "Sput" Searight and Nate Werth take drums and percussion out of the shadows and into the spotlight with their new project, Ghost-Note.

Bandcamp Daily  your guide to the world of Bandcamp

MF DOOM is given his flowers, plus appearances from MC Jada Imani and Stanley Ipkuss